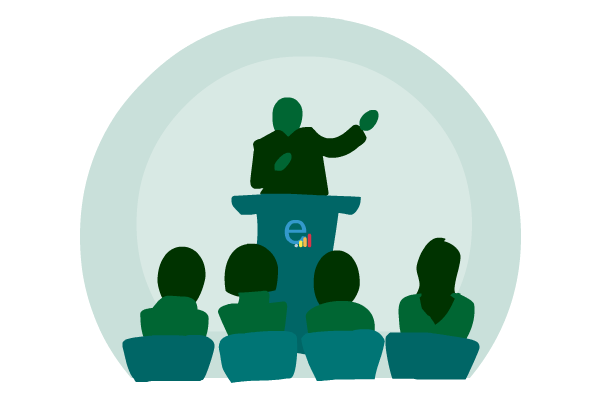 'Tis the Season to Stress Out

Everyone is feeling it. Everyone.

Mental health tips, tricks, and self tracking aren’t just for ‘us’ anymore: they’re now coveted tools for all of humanity to flourish in the modern age.

Regardless of age, gender, race, or finances, we’re all in the same boat on choppy waters.

Over the next few months, we hope to showcase low-cost and no-barrier-to-entry resources in our eMoods newsletters to help all of us stay cool or, as LetsTalkGRIT.com so wonderfully puts it, “Get back on the horse.”

GRIT, or the ‘Greater Resilience Information Toolkit’, is a free ~5 hour resiliency training course brought to us by the University of Colorado Colorado Springs- and the first of many suggestions on how to build out a toolbox for emotional wellness!

We’ve talked in the past about using cold water exposure in safe ways to “train” your autonomic nervous system’s stress response. With continued practice in cold exposure therapy, your body and nervous system can begin to react to all different kinds of stress with more calmness and with a decrease in stress hormones and neurotransmitters such as cortisol, epinephrine, and adrenaline.  Another unexpected method to train your stress response is stepping into an uncomfortable spot in a safe manner for something that a LOT of people are terrified of – public speaking.

Fear of public speaking is thought to be the most widespread fear in western countries, affecting up to 75% of the population.  For many, public speaking is to be avoided at all cost– it invokes the autonomic nervous system (that well-known fight or flight response) and can cause crippling anxiety. But stepping into this uncomfortable situation can be hugely beneficial– learning to handle public speaking in a safe and judgement free environment can train the nervous system to react to stress- any stress- with more calm and focus.

It’s not so simple as diving in and talking to a big audience, though. That can be a recipe for failure: stress overload. Exposure therapy is something that needs to be explored in safe, controlled doses. For some, talk therapy with a licensed professional is a fantastic way to work on speaking, as is a support group such as the Depression and Bipolar Support Alliance.  Others use pets to practice their social conversation- animal friends listen openly and never judge.  For those without pets, an alternate technique that we’ve seen is called “rubber ducking”- literally speaking to a rubber duck, an inanimate object. In the programming world, this can help programmers talk through their code problems in ways that they cannot sort out in their minds alone.

In my case, I turned to my local Toastmasters club. Toastmasters is a speaking club, designed to hold private, judgement free, and supportive safe-spaces for stepping into public speaking discomfort.  Its bimonthly club meetings have lately been online, allowing guests to join meetings at other clubs around the world. People join Toastmasters for various reasons – for work skills, personal skills, finding the camaraderie of a community – but for me the core of it was to face this fear in a safe space with positive support from like-minded peers and practice shifting my stress response.  In my three years with Toastmasters, I’ve noticed that- just like taking therapeutic cold water plunges- my response to stresses in other aspects of life began to feel more controlled and manageable.

My experience with Toastmasters mirrors the positive findings associated with cold therapy: through continued exposure in a safe and controlled environment, my stress response is being ‘tamed’ and ‘trained’. When faced with public speaking, I am now able to tell myself that everything is ok, that I am safe, and that I can calm down and face the challenge of the moment with more positivity.

How are you challenging your stress response in a safe and supportive environment? We would be thrilled to hear from you, and maybe we’ll feature your tips in a future newsletter to benefit other users!

Ketamine vs. Depression and Suicide

While there have been various small-scale studies on ketamine’s usefulness in treating bipolar disorder in particular (the majority of studies have been on major depressive disorder), the results have been promising– especially in light of the lives at stake.

Ketamine’s origins began in the 1950s as a surgical anesthetic- for which it is still used today- but it quickly found itself as a popular party drug.

So, no, Ketamine itself isn’t new, but in the context of ketamine assisted therapy, it’s finding new and more accessible forms.

In addition to the traditional applications in a surgical sense (infusions or injections), ketamine is being offered as a nasal spray,  sublingual tablets or lozenges, or through membrane absorptive wafers.

This is good news for those of us still struggling– ask your medical professionals if esketamine might help your situation!

Please note that drug accessibility will vary by regional and national laws.

Because of its high risk of abuse, you can’t buy Spravato over the counter- you have to set up an appointment to have it administered in a regulated clinic.
Wafermine – a Sublingual Wafer
A company in Singapore, iX Biopharma Ltd, is in the phase 3 of the United States FDA approval process for a wafer called wafermine, though as of 2021, it looks as though its intended use is for pain management.

Wafermine is dissolved into the bloodstream through oral mucosal absorption. This makes it fast-acting, highly effective, and less likely to ‘spike’ than intravenous injections.

Be Kind to Your Future Self: Cut Out Minor Annoyance